Because the game is pretty abstract, it can be hard for beginners to find out how to land a plane. Here are some basic instructions to get started.


For all details, see the full instructions page.
Posted by startgrid at 13:42 No comments:

This program contains free software licensed under a number of licenses, including the GNU Lesser General Public License. Here's a complete list of software used and their licenses:

Endless ATC on PC and android

The simulator Endless ATC can be downloaded for PC on Steam or Itch.io, and for android in the Play Store. There are also a free versions available.


Note: I only published the PC version to Steam and Itch.io, so please download it from there, not another site, to make sure you get the original version with updates. The android version is only available on the Play store.
Posted by startgrid at 17:29 19 comments:

updated: 1 November 2020 (see changelog)
For users without any knowledge of ATC, there's a short beginner's guide. Here are full instructions for the simulation game Endless ATC:


Q: Runways 18C and 18R are too close to each other. How do I make good use of them without getting incidents?
A: The approaches can be done completely independent; the trick is to intercept the localizers at different altitudes and at a large distance from the field. Read instructions above for more detail.

Q: It gets way too busy, what can I do?
A: Enable 'custom' mode in the traffic menu. You can cap (limit) the amount of planes you have to control to a certain amount, or set the number of planes per hour you want to handle.
Q: Could you add my favourite airport?
A: Perhaps more airports will be added in the future. But in the full version, it's now possible to create an airport yourself, if you don't mind editing a text file precisely. More info here.

My ATC radar game is available on the Play Store, Steam and itch.io:

and on PC via itch.io or Steam

I started to develop this game somewhere back in 2011, just for the fun of programming and creating something new. It started very simple, but slowly I started to add new features. Over two years later, it slowly became a quite realistic simulator, so I thought: why not publish it? Due to the easy interface, the sim was is fun to play not only on PC but on small screens like phones as well. In november 2013, Endless ATC was published on the Play Store.

Over a year later, the game has improved further with features like saving, panning/zooming, pilot delay etc.
In December 2015, the app has been downloaded over 100.000 times, and a PC version with more features (text-to-speech, weather, areas, etc) was published on itch.io.

In April 2017, a paid android version with multiple airports and more features was published in the Play Store.

And in July 2017, the PC version was also released on Steam.

Short tutorial about how I made this video using free software:

Taking pictures of the stars

Take lots of photos in manual mode with a long shutter speed (30-60 seconds) and intervals as short as possible. I used CHDK on an old Canon Powershot to shoot at intervals. Take a dark frame (by covering the lens with your hand for example) at the end; this can be used to subtract sensor noise.

I used Python and PIL library to stack pictures on top of each other. The script I used can be found here. (I don't know if it still works). Put the .py file in the folder with the photos and run it. It can be slow.

You can use Virtual Dub to create an AVI file of the stacked photos.
Posted by startgrid at 16:39 2 comments: 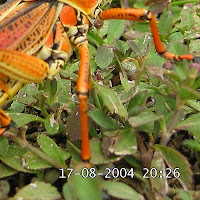 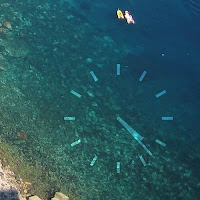